Continuing from Part 1, here is the list of classic fragrances from Leather, Oriental and Woody olfactory family that are worth checking out and investing in: The unisex Eau d’Hermes was conceived in 1951 by French master perfumer Edmond Roudnitska, who is known for creating iconic perfumes for Dior and Rochas. The perfume is the first fragrance released by Hermes.

“The inside of an Hermès bag where the scent of a perfume lingered… A note of fine leather wrapped in fresh trails of citrus fruit and seasoned with spices,” described by the perfumer at the time. One of the twelve eau de parfums in Tom Ford’s first perfume collection, “Private Blend“, the modern classic Tuscan Leather was inspired by the fashion designer’s love for leather. Since its inception in 2007, Tuscan Leather has become the most popular leather fragrance in the market. (Well, you know it’s popular when Drake wrote a song and titled “Tuscan Leather“.)

The bold yet office-ready parfum is a great beginner’s leather fragrance. The legendary Knize Ten was launched in 1924 by Knize (pronounced kuh-NEE-zhuh), the renowned custom tailoring boutique in Vienna who has been dressing notable families and royalties since 1858. (Their clienteles includes Marlene Dietrich, King Juan Carlos of Spain, Marilyn Monroe and Billy Wilder.) Knize Ten is a favourite of actor James Dean and  David Niven. Created in 1889, Jicky by Guerlain is the oldest perfume in the world that is still in production today. (In the same year, Paris also introduced Eiffel Tower and Moulin Rouge to the world.) The legendary perfume was created by master perfumer Aimé Guerlain, the son of Pierre-François Pascal Guerlain (the founder of House of Guerlain.)

Jicky was originally marketed as a women’s fragrance, but it became popular among men, making it a classic unisex fragrance. It’s a favourite of actor Sean Connery.

Fahrenheit by Christian Dior for Men Introduced in the same year as Davidoff Cool Water, Fahrenheit by Christian Dior is another modern classic born in the 80s that became a runway hit around the globe. Created by perfumer Jean-Louis Sieuzac, the iconic Fahrenheit is a masculine scent with strong petrol notes, making it one of those “love it or hate it” perfumes.

Sables by Annick Goutal for Men Created by Annick Goutal as a gift for her husband, cellist Alain Meunier, Sables captures the memories of their summer days spent in her favourite vacation spot – Corsica. Created in 1985, the distinctive Sables fragrance focuses on the use of the immortelle flower (or the “everlasting flower”) –  a type of dune flower with a savoury maple syrup aroma. It is very much an acquired taste.

Actor Harrison Ford is a fan of Sables.

* Annick Goutal has recently undergone rebranding. It is now Goutal Paris, and you may notice a change in bottle design and packaging. Some Sables are still available in old bottle design. In 1920, perfumer Guido Galardi began to prepare for his first lavendar-based fragrance recipe by collecting lavendar flowers on the hills around Florence. Not long after that, the Italian perfume house BOIS 1920 (short for “Bottega Italiana Spigo” or “Italian Lavender Outlet“) was born, but it was a short-lived company. In 2005, monsieur Galardi’s grandson, nose Enzo Galardi revived the perfume house and created the unisex Classic 1920 fragrance.

The original edition of Classic 1920 came in bottles crafted by an Italian master glass blower, while the tops were made of colored wood with a finely engraved logo. Created in 1989 by nose Michel Almairac, Joop! Homme comes in girly hot pink (including the packaging) but it is actually a very masculine oriental fragrance. Germany-based Joop! (pronounced “yope”) was founded by Wolfgang Joop in 1978 and today, it is owned by Coty Inc, the multinational beauty company. JOOP! Homme is the male equivalent of JOOP! Femme which was launched 2 years prior.

Known for its strong scent, the sweet and sexy JOOP! Homme is best for nights out during the winter and fall season. With one or two sprays, the scent can last all day. 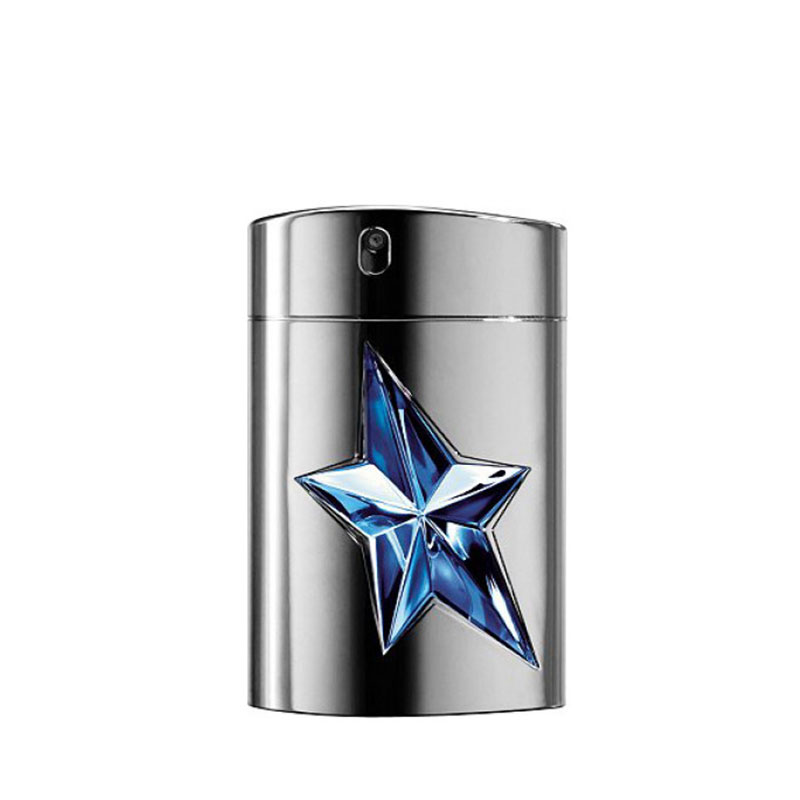 The A*Men (or “Angel Men” in United States) was the first fragrance for men created by MUGLER. The sweet fragrance is indeed, “sweet” – the classic fragrance contains foody notes such as chocolate, caramel and coffee. Born in 1996, A*Men was conceived by perfumer Jacques Huclier as the masculine interpretation of MUGLER’s widely popular women’s scent, Angel.

A*Men was heavily inspired by the Marvel super hero The Silver Surfer. The bottle was designed by Thierry Mugler himself and it’s available in two variations: a shiny metallic body and a rubbery black bottle. In 1995, Jean Paul Gaultier released its first male fragrance, Le Male and it instantly became a hit all over the world. The fragrance is still a bestseller today – Le Male was the most sold men’s fragrance in the European Union in 2012. The modern classic fragrance was created by famed perfumer Francis Kurkdjian, who won Prix François Coty – the French “Oscar” for perfumers – for his lifetime achievement in 2001.

Le Male comes in unique bottle design and packaging – the fragrance  is bottled in a flacon that resembles a male’s torso, while the packaging resembles a baked bean tin can. The unisex Chergui by Serge Lutens was conceived in 2001 by nose Christopher Sheldrake and it was exclusively only available in Luten’s boutique in Paris Palais Royal until 2005 when it’s made available worldwide. The sweet, spicy and powdery perfume was inspired by “sharqi” – a blood-boiling continental wind which blows through the southern of Morocco from the Sahara Desert during the summer. Gentleman by Givenchy was originally launched in 1974 and it was created by nose Paul Leger. The perfume was created because founder Hubert de Givenchy wanted a perfume inspired by “masculine elegance” in conjunction with his new men’s ready-to-wear boutique.

In 2017, the classic Gentleman was reformulated by perfumer Nathalie Lorson and Olivier Cresp with a modern reinterpretation, and it is considered the closest rendition of “masculine elegance” from Givenchy in years. Polo Ralph Lauren for Men (or sometimes called the Polo Green) was introduced in 1978 and it was the first male fragrance by Ralph Lauren. Created by nose Carlos Benaim, the fragrance won the FIFI Award for “Fragrance of the Year” in 1979, and it sets the foundation for all the other fragrances in Ralph Lauren fragrance line. (FIFI Awards are annual event sponsored by The Fragrance Foundation.) Undoubtedly, Vetiver by Guerlain is one of the heavy-weight in the olfactory world. The masculine Vetiver by Guerlain was created in 1961 by the then 22-year-old Jean-Paul Guerlain and it has since became the definitive vetiver scent in the world. According to Jean-Paul, the fragrance was inspired by the scent of the gardener, the smell of tobacco and soil.

The perfume was relaunched in 2000 but according to Guerlain, the scent remains unchanged. Aramis’ debut fragrance Aramis by Aramis was launched in 1964 by Estée Lauder and her husband Joseph H. Lauder. When creating the fragrance, nose Bernard Chant (who also created Aramis 900) was inspired by another perfume he created in 1958, the Cabochard by Gres. As the creator put it, the iconic fragrance is “rich, distinctive, dominant and long lasting“.

Aramis by Aramis is still a bestseller today. The French perfume house Creed is not to be missed when discussing about niche classic perfumes, especially Green Irish Tweed by Creed. Launched in 1985, the signature best-selling fragrance was created by Olivier Creed (the sixth-generation of the House of Creed) and perfumer Pierre Bourdon. The fragrance was initially created for actor Cary Grant.

This woody scent is perfect of men of all ages. It is often compared with Bourdon’s another creation, Davidoff Cool Water. Last month, we were in Singapore to attend the travelling Hermès scarf pop-up showcase – the Hermès Carré Club.